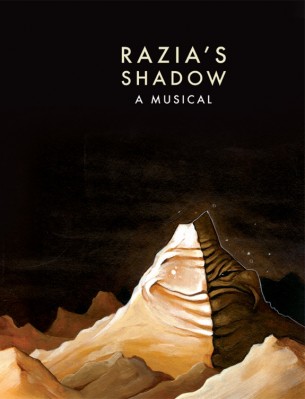 This was my first and very ambitious album cover/booklet project. The album project, “Razia’s Shadow” is ambitious in its production and number of musicians on the album. I was asked to create a character of each band member as their alter ego in this fantastic story of 14 or so members. They each act out their character in their song. I took inspiration from ralph steadman, but added an anthropology field journal approach to it with the neutral tones and sepia backgrounds.